People who failed didn’t plan to fail; they just failed to plan.

Nope, I haven’t met anyone who planned to fail.

But I’ve met many who failed to plan.

Do you want to win in life? Then you have to plan to win.

Here’s the truth: Winners are planners.

A long time ago, a friend who was very religious told me, “I don’t plan. I just trust God. I just accept whatever happens as God’s will.”

“If God didn’t want us to plan, then He shouldn’t have given us a phenomenal brain that can imagine the future. The Bible also says, Good planning and hard work lead to prosperity, but hasty shortcuts lead to poverty.(Proverbs 21:5)”

Do you want to prosper in every area of your life?

Then you have to plan to prosper…

How Long Is Your Timeframe?

When I was doing ministry work in a slum area, I’d ask the people there, “What do you want in life?” and they’re most common answer was, “Makakain lang ako ng tatlong beses sa isang araw, okay na…” (If I can eat three times today, I’ll be okay…)

Let me tell you why it’s important to plan…

Your Life Will Either Come

From Your Memory Or Your Imagination

Your life is a manifestation of your most dominant thinking.

In other words, your mind is the computer–and your life is the printout.

That’s why it’s important to plan.

Because there are two kinds of thoughts: Your memory and your imagination.

But if you plan, your life will be based on your imagination.

Let me go back to my computer analogy.

Some people print out the old files and old data stored in their computer memory. If you do that, you’ll have the exact same printouts again and again. Nothing will change in your life.

It doesn’t have to be that way. You can write new files. You can create new documents. And you can have new printouts!

In three words, I’ll tell you how to plan.

Manufacture the plan from your imagination. Planning is creating a non-existent, future reality in your mind. 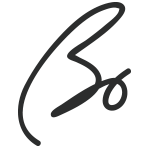